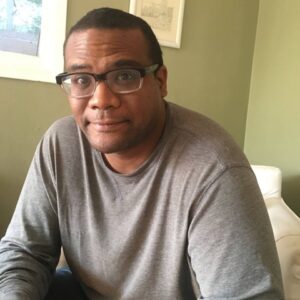 Satie Gossett is storyteller, thinker and an image builder. Satie began his film career re-creating favorite movie scenes from Star Wars and other movies with his childhood friends and a Super 8 camera.  His childhood was filled with legendary people from Muhammad Ali, to playing games with Sidney Poitier. While working for his father, Academy-Award winner Louis Gossett, Jr., Satie became renowned for his filmmaking skills and was granted unprecedented access to political happenings, Hollywood events and philanthropic ventures.

A graduate of Syracuse University, Satie holds a bachelor’s degree in communications and a minor in film studies and is currently a writer, director and producer at Goose Egg Entertainment.  Satie creates feature and short film content for various media outlets.

Prior to Goose Egg Entertainment, Satie was a writer and director at Illuminado Pictures.  He provided rewrite and polish services for feature scripts in active development.  Satie was also associate producer and talent manager for Associated TV International.  In this position, he served as the U.S. West Coast production contact for top-tier clientele.  He played a significant role in creating ideas for each production and worked with production assistants to meet the bottom line for the producers. His work included the programming series “Heroes Among Us,” and on the Blair Underwood’s Intrepid Entertainment’s “Blacks In Entertainment.”

Satie is best known for his comedic short film, “Jewtholic,” a religious comedy narrated by Louis Gossett, Jr and featuring Deep Roy. Satie’s first short film, “Pillow Talk,” was an experimental piece examining the common denominators in grief.  He also produced and directed “Departure,” a short film, which was featured at the MacWorld Conference in San Francisco. Complimented by the official Tom Cruise blog, the film included footage, shot exclusively with an iPhone 4s, from three different directors in the United States, France, and Belarus and included original music by Public Enemy Founder Hank Shocklee.

Satie current short film, “Forgiveness” is a multiple award winning film making its way around the global film festival circuit. It is a dramatic story about the President of the United States of America apologizing for America’s role in slavery. His previous short film, “10 Minutes,” a crime drama short film, featuring Louis Gossett, Jr. and starring Glenn Plummer and Kent Faulcon screened at the Cannes Film Festival along with “Departure” in 2015. He has also produced the documentary feature, “American Addict 2,” which is available on Amazon Prime.

Satie’s producer credits include: “Cursed,” a web-series, which aired last year on KDOC, Los Angeles; and “An Unfinished DREAM.”   Satie has written and directed six short films, all of which have been screened at various film festivals and gained distribution worldwide.  Throughout the years, Satie has lent his talents to multiple studios, such as, 20th Century Fox Digital, CBS Entertainment, Logo Entertainment and Wrapped Productions.

Currently, Satie teaches video production at Maya Angelou Community High School in South Central Los Angeles.  He developed the Social Cinema Foundation to further mentorship and education of the youth about film and the entertainment business today and in the future.. 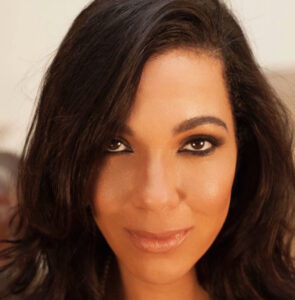 Marjorie Lin Kilpatrick has devoted her life to the entertainment industry. She is currently CEO of NJoy Productions, a producer of both film and theatrical projects. Having grown up in the entertainment business watching her father, Lincoln Kilpatrick’s groundbreaking career, Ms. Kilpatrick has been exposed to all facets of the entertainment business. She has found a passion for producing meaningful content of all forms, including short and long film projects, theater, music videos and electronic press kits. Her goal is to expand her career and experience in ways that highlight her strength to bring a project together from beginning to end telling the intended story, while keeping within the time and financial parameters of the project. In 2015, Ms. Kilpatrick refined her skills as a producer as a student in the NYFA Producer program. In addition to the academic work, she has produced four short film productions, including raising the funding for one project via a crowdfunding campaign. The NYFA program allowed her to to work with the state of the art industry equipment and software. She has become expert in film breakdown, planning and budgeting using such programs as Movie Magic, Celtix and Avid. Her work on projects has included fundraising, location identification and negotiations, actor negotiations, shoot day logistics and overall project management. Since 2005, she has been the CEO of Njoy Producing which is an independent production company that works with local content providers to produce short films, commercials and Electronic Press Kits. Prior to founding Njoy Producing, Kilpatrick was an administrative instructor at the renown Kilpatrick-Cambridge Theater Arts School.  Njoy Producing has worked with InArt Media as a producer on many of its projects, including red carpet events for HBO. Producer, The Stuttering Preacher and Dad. She served as the lead producer of a two play series by award winning playwright, Levy Lee Simon. The show has a very successful two month Los Angeles run. In 2006, Mrs. Kilpartick was the Co-Producer of the Bow Wow Club and was awarded the 2006 NAACP Award.